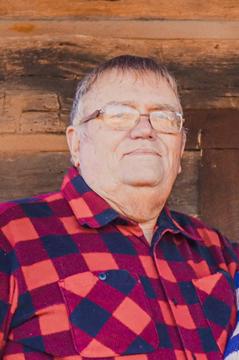 Paul Douglas Fisher, age 69, was born in Claremore, Oklahoma, on 22 May, 1951, to Paul O. Fisher and Esther Fisher who moved to Tulsa two weeks later. Raised in Tulsa, he attended schools there until graduating in May 1969 from Will Rogers High School. Later, he attended college first at North Eastern Oklahoma Junior College in Miami, Oklahoma. From there, he transferred to the University of Oklahoma in Norman, Oklahoma, and finally, attended Southwest Missouri State University, where he met his future wife, Phyllis Elaine Wood of Gainesville, Missouri. They were married on 29 September, 1972. To this union two children were born: Jennifer on 4 April, 1976, and Jeff on 9 August, 1979.
Paul was baptized at age 12 while attending North Sheridan church of Christ, where his dad served as a deacon and custodian for several years. In 1990, Paul started preacher training school at the Midwest School of Biblical Studies in Independence, Missouri. After completing this two-year course of study, he spent several years as a full-time evangelist, serving at congregations in Scott City, Kansas, Willow Springs, Missouri, and Marshfield. Later he held both a full-time job at Marshfield Schools and preached on Sundays for, first, the Conway, Missouri, congregation and then at Waynesville and Fort Leonard Wood until this last November when he retired. It has also been his privilege to go on mission trips to Peru and Colombia over the years. 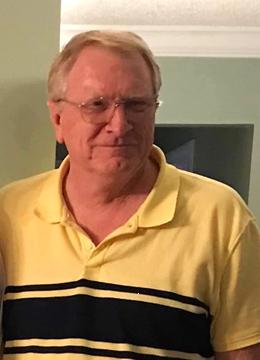 Clayton King was born on April 3, 1950 in Oregon. When he was five, his family moved to Portales, New Mexico. He was not raised as a member of the Lords church and was very unaware of the biblical teaching concerning the church. In August of 1968, Doin Pitchford and family moved to Portales to work with a congregation of the Lords people there. It was then that Clayton met Kathy. On June 29, 1969, Clayton was baptized into Christ. Doin did not know that he was baptizing his only son-in-law. Kathy and Clayton were married on August 15, 1970. They were blessed with a beautiful daughter, Christa, on March 30, 1972. She is a faithful member of the church now in Las Cruces, New Mexico.
The Kings stayed in Portales until 1973. It was then that they moved to Lubbock, Texas to attend the Sunset School of Preaching. That was one of the most
wonderful times of their lives together. Not only did they both grow with leaps and bounds for the Lord, but they were given a beautiful baby boy on July 11, 1975. Jarrod is a deacon for the Conway church where he and his family serve the Lord.
After graduating from Sunset in 1975, Kathy and Clayton have had the privilege of serving the Lord in 6 different states. In 1981, Clayton graduated from Eastern New Mexico University with a degree in secondary education. He has taught school for 25 years. While teaching school, he also preached, served as a deacon, and twice before served as an elder for the Gainesville church and for the Clarkridge, Arkansas church.
In 2005-2006, Clayton served as middle school principal in Ava, Missouri for one year but returned to preaching in 2006-2011. It was then that the Kings returned home to finish their preaching and teaching careers in Ozark County. Clayton retired from full-time preaching in 2020, which is when the Kings moved here to Marshfield.